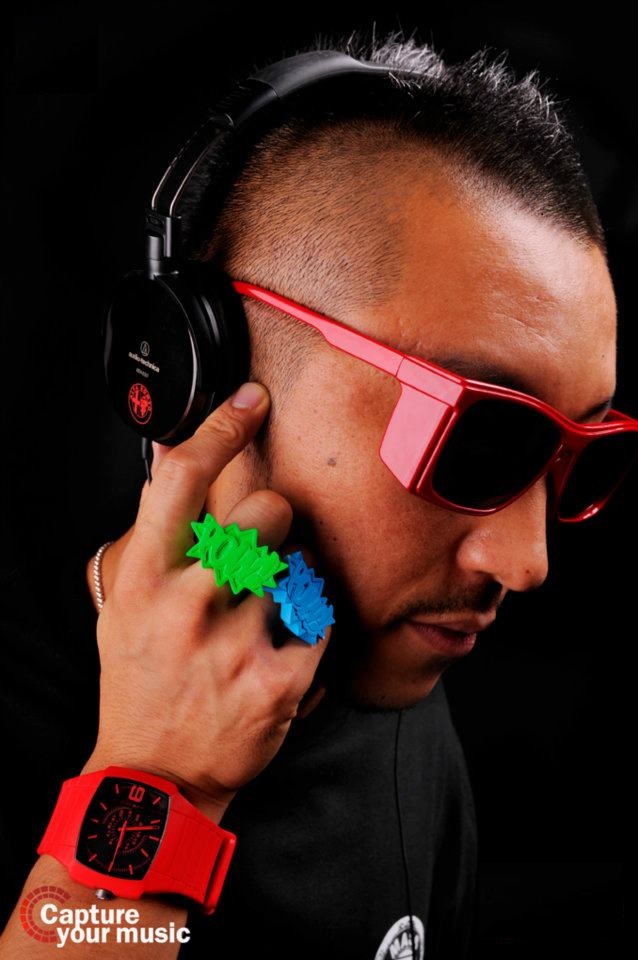 Moved to Ireland in 1996, where he won first place in a MC Battle held in Dublin with “Rodney P”as judge, which lead him to the opportunity to appear on “POWER FM”. At the same time, being given turntables and a mixer from a friend, his record collecting lead him to start to DJ.Returning to Japan on year 2000, he started to organize his own Rave party “Fuuten,” where he continued to organize and DJ for 5 years. He then have joined to DJ at “MASS”, an underground acid techno party in Tokyo which is directly in relations with the UK acid techno label “Stay Up Forever”, where he got the opportunity to play with Aaron Liberator.In 2006, he head to Melbourne Australia and made numerous appearances on “KISS FM” in radio shows such as “PLANET HARD WARE”, “DAVE PHAM’S SHOW”, and “MELBOURNE TECHNO COLLECTIVE”, and co-starred with Ignition Technician. Returning to Japan in 2008, he became a resident DJ at “MASS” and have been energetically playing in and out of Tokyo since. Alongside playing with the MASS crew, Eckoz started his own Funky/Hard Techno party “FIX” in 2012, featuring top Japanese Techno DJ’s such as K.N. and DJ SHINKAWA as resident.The party is running onward and forward every other month at R-Lounge in Shibuya Tokyo.
Started producing own tracks as well, with his first release “Dectator” from IMPACT UK in 2013, his second realease “Brazillian Wax”, from HypnoHouse Trax in 2014 and ” Hooked E.P ” from Hypno Tek 909 in JAN , 2015 . One of the most energetic and vigorous DJ/Producer in Japan, his uplifting and driving hard techno sets bring power to the audience and fulfills the floor with positive vibes and energy.